Because I Love You!

“Can’t wait for tomorrow! It’s our first Valentine’s day after we fell in love with each other!” Aryan spoke into the phone. His excitement was evident in his voice. “Yeah, even I’m waiting for it” Diya said. “You don’t seem excited, is someone around? What are you doing?” Aryan asked. “I’m cracking my head over this problem I’m unable to solve,” Diya said. “Enough being a nerd now! At least when you’re talking to me you can set aside the books” Aryan sounded like a kid desperate for attention. “Hey listen, I gotta go. Let’s meet up at the Corner House at 1pm tomorrow. Love you, bye!” Diya hung up even before Aryan could reply.

Aryan was used to this, and he actually found it cute. Love I tell you, duh! 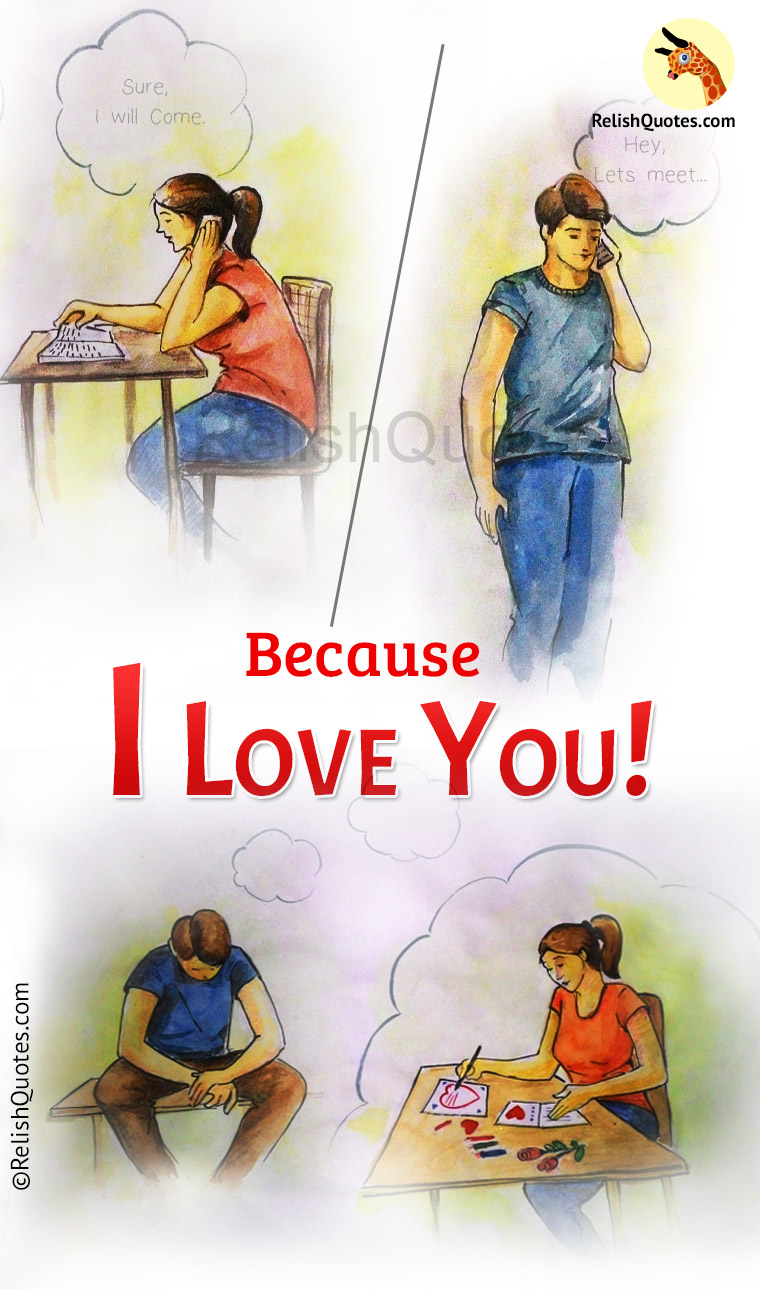 It had been eight months since Aryan and Diya fell in love with each other. It was during Diya’s IPCC classes when they met each other at a mutual friend’s birthday. They had hit it off in an instant. Except the fact that she was nerdy (which is totally opposite to Aryan) they were mostly alike!

‘It is going to be a great day’, Aryan said to himself. Mom’s knock on the door brought him out of his Euphoria. “What?” Aryan asked her, agitated. “Your dad’s not going to come with me, so you take me to the wedding tomorrow!” Mom said.

Fervently walking around the marriage hall like a student waiting for his board exam results, Aryan was looking at his phone. Diya had said she’d finish her coaching classes at 12.30 and would meet him at 1’o clock. It was almost 12.30 now, and he had no idea how to sneak away from the eyes of dozens of close relatives. He couldn’t have said a ‘No’ to his mom since she knew it was a holiday. Besides when moms fight with dads, sons immediately turn into drivers for moms! She would call him anytime now, and he had to plan an escape from the marriage ceremony. Three minutes to 12.30, and he still didn’t know what to do!

“We have fallen short of roses, and without them the decoration goes incomplete!” Aryan heard the father of the bride saying. “Can I get it?” Aryan offered help. “But the market will be crowded. Why do you have to take up the risk?” He asked. It was evident he said it for formality sake. “It’s a wedding in our family. Who else is going to work?” Aryan insisted. After Aryan’s mom joined him, the bride’s father agreed upon sending him. As Aryan was about to speed away, he stopped him and said, “Please get back by 1.30, we need to start the decorations for the reception soon”.

‘What? Do I need to be back by 1.30? Does that mean I only get half an hour to spend with my girl on our first Valentine’s Day? Why is life so cruel to me?’ Aryan spoke to himself as he walked towards the parking to get to his car.

To Aryan’s luck, the marriage hall was close to Corner House which was close to her coaching center. Aryan was restless now. Diya hadn’t called yet, and he had less than an hour to get back. He called her and she didn’t receive. He only grew more restless. He called up Shriya, who was Diya’s best friend from the coaching classes. She didn’t pick up either.

It was 12.45 when he got a message from Diya. “In class, clearing some doubts with the professor. I will leave at around 1.15” the message said. That was enough to blow his lids. ‘I am hardly making the meet happen, and this lady wants to clear doubts with the professor at this moment’, his impatience spoke. He called her back to back till 1 o’clock but she didn’t respond. Pissed off with her insensitivity, he drove his car out of the parking lot and towards the market. He had left a text to Diya. “I am not going to be there. You are one despicable nerdo! Can’t even make time for me whereas I was in a fix but went on to try and make it! Forget meeting me. Go home!”

Anybody could say he was super pissed.

It was 8pm in the evening. Aryan had ignored nearly 54 calls from Diya. She had even texted things like ‘Aryan please meet me!’, ‘Aryan just meet me for ten minutes and I’ll explain everything’ but Aryan ignored every single text. There was nothing to explain in Aryan’s point of view. As far as he could think, she ditched him on a special day, and that had caused too much pain and anger in him. ‘Love is a hoax, people live for their own interests’, Aryan put up on his Facebook wall. After ten minutes, he got a message.

“Hey Aryan, Diya had called me up. She was sobbing big time. And I cannot take it! Let me tell you something, you were very impatient. All she tried to do was make you a handmade greeting card with lots and lots of love. But that one got crushed while she was getting out of the coaching class. Instead of letting go, she tried to make something new out of the same crushed greeting card. That is what we were onto when you called us. Look at this, it’s right here. I carried it home!” The next message was an image of a beautiful greeting card.

Aryan knew he had done a terrible thing!

After an hour of guilt trips and self loathing, Aryan made up his mind and called Diya. She picked up but didn’t speak anything. “I’m really sorry I lost patience. I should have communicated with you well. I feel terrible”, Aryan spoke, tears had welled up in his eyes. “Hey don’t feel so. You didn’t know what I was doing. You thought I was being a nerd, ignoring your calls to clarify doubts in the class. It’s totally fine”, she replied in a normal tone. “Is it? Really?” Aryan asked.

“…Yes, because I love you. And yeah, Happy Valentine’s day”, Diya said. 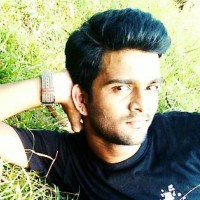