HomeBest Quotes“A hero is someone who understands the responsibi...

“A hero is someone who understands the responsibility that comes with his freedom.” – Freedom Quote 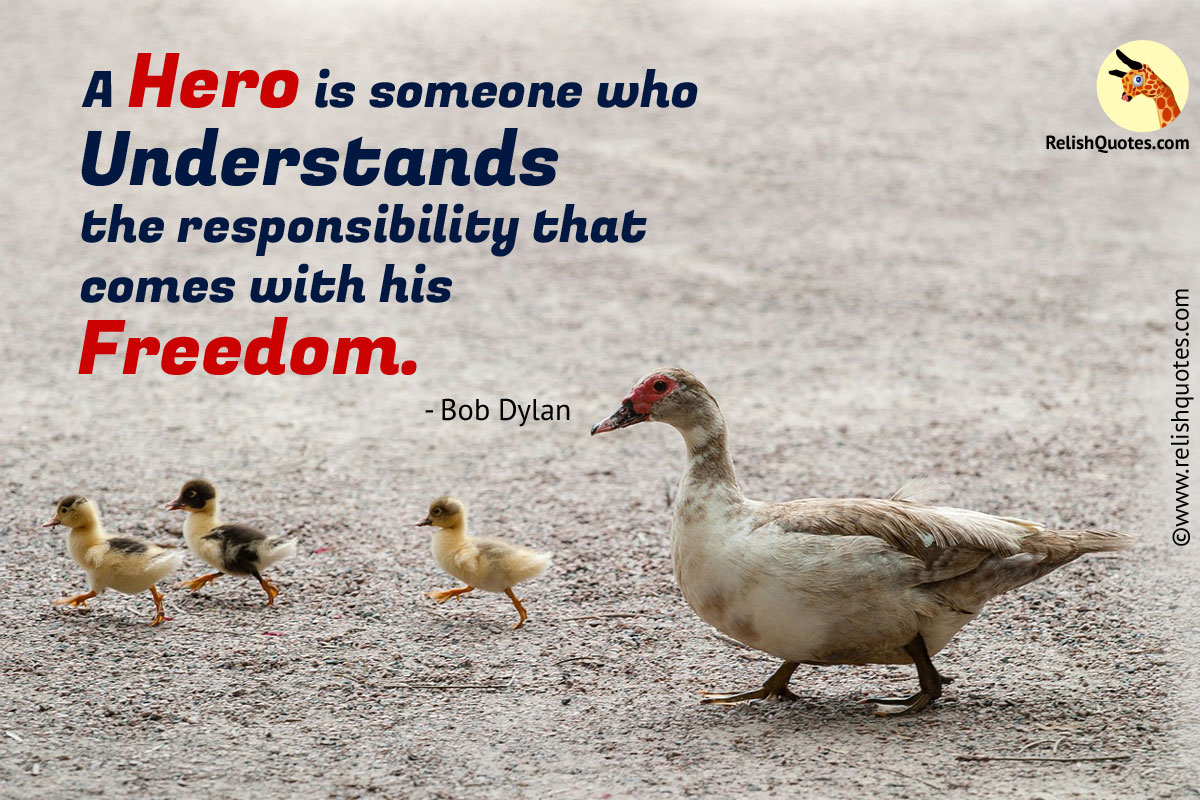 What does this Freedom Quote tells us?

Freedom Quotes unleash the inner you, who does not depend on anybody for anything. This Freedom Quote by Bob Dylan explains the characteristics of a real hero.

When we talk about laying down the definitions of who exactly is a hero, our mind automatically creates images of a Herculean-like figure who has a strong and well built outer frame as well as one who shall also possess the power to accomplish unachievable goals using his intelligence coupled with physical strength.

But for defining a hero there is no one particular definition. The reason being the hero achieves all of his powers, and becomes an authoritative figure, staying within the set boundaries and limitations. Power and authority, when handled responsibly, demand respect rather than commanding it.

A true Hero is the one who will always weigh his duties and the responsibilities that come along with it, in the same scale. Freedom then comes as a gift to him. A hero will never cross limits and defy against peers and people higher to him in rank or seniority. A true Hero will always invest labour to bear fruits first and then savour their sweetness. Freedom, when served in a platter and not earned after investing determination and dedication, is of no use.

A true hero will never satiate his hunger for success, with rich rewards and flattery. On the contrary, a Hero will follow the path of hard work, perseverance and discipline and then after he genuinely feels that he has accomplished something on the basis of these virtues will celebrate freedom. Developing a keen sense of responsibility and the realization of the crown on his head are quintessential, when it comes to gauging the capabilities of a hero.

A real hero will perform his duties and then enjoy his freedom responsibly without misusing and completely utilizing his strengths. A keen eye for gauging his own capabilities and those of others form the crux of a Hero’s persona.

A hero, will always enjoy freedom after fulfilling his responsibilities.