Short Buddha Story – Let It All Settle Down… 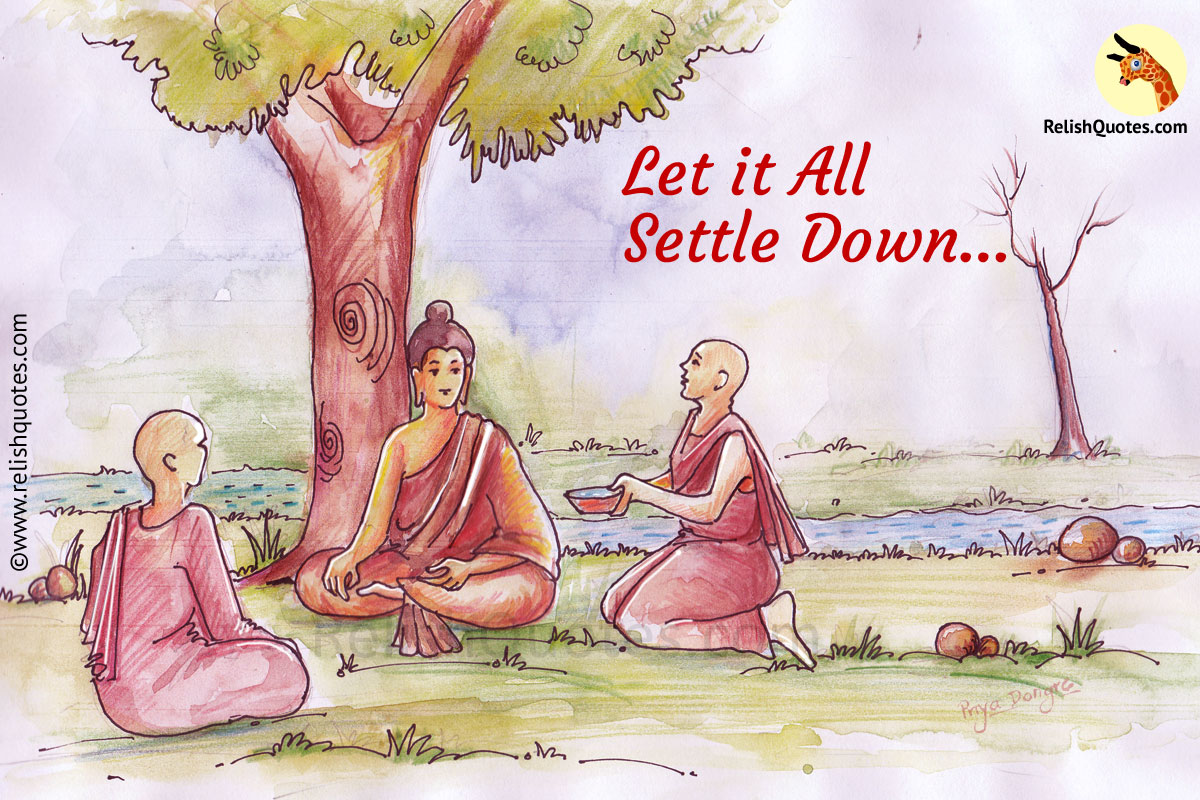 Short Buddha Story – Let It All Settle Down…

Lord Buddha is known for his extensive travelling all over the world. His disciples used to accompany him on these journeys of miles together. On his way, he would meet people, give blessings, and preach lessons he had gained after his Enlightenment.

On one such journey, when he was on his way walking from one town to another, with a few of his followers, they happen to pass by a river. Lord Buddha took some rest under the cool shade of a tree and asked one of his disciples to get some water from the river.

As the disciple approached the lake, he found that women of the nearby village were washing their clothes, men were bathing their cattle and a bullock cart just crossed the river to get to the other side of the village. All this hustle and bustle in the water had compelled the water to become muddy. The disciple thought, “How can I give this water to my master?”

He went back and said “Master, the water had become too muddy and was unfit for drinking so I came back”

After some time passed, Lord Buddha sent his disciple yet again to fetch water for him.

The disciple readily went to the river. This time, there was no muddiness and the water of the river was silent and smooth with clear waters.so the disciple took a pot and collected some water and took it to Lord Buddha.

Lord Buddha looked at the water and then looking at the disciple said, “Our human mind is the same. When the disturbance of anger comes it disturbs the sentiments and emotions of the human mind and makes it unclear. So when it is disturbed let it be. Give it some time to settle down and relax to help it come back to its normal state.”

“Promise yourself to be so strong that nothing can disturb your peace of mind”….