Short Story – There are Others Too… 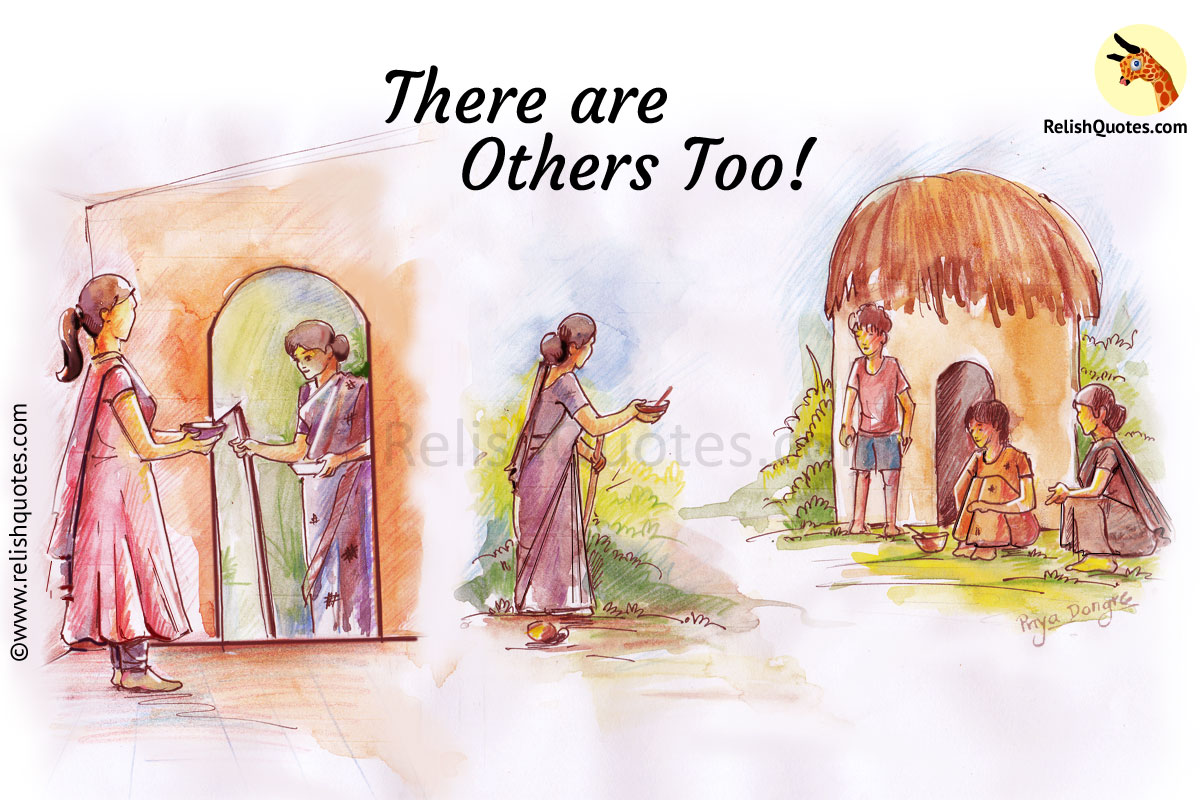 There are Others Too…

It was a usual and pleasant summer evening. The family was about to sit for supper when there is a sudden knock at the door. On opening the door, there was an unusual sight. A poor woman stopped at a house begging for some food. She was in rags and hand an unkempt appearance. Her hunger and starvation of endless days could be seen reflecting in her eyes.

Time passed. Night approached and the lady in the house waited for the beggar woman to come back. The door felt a knock and there she was standing in front of the lady, the beggar woman-tired, and hungry.

The lady asked the beggar woman ”Where did you go and what did you do with that half a bowl of porridge  I gave you” The Beggarwoman out of sheer innocence replied, ”My neighbours were hungry too, so I shared the porridge you gave me, with them ”

The beggar woman quietly left with the remaining bowl of porridge, leaving behind the lady of the house stunned by her spirit of sharing and concern for others.

The Intention of The Story

Do not be that selfish to be solely concerned just with your own set of problems and troubles. Do not be self- centred. Nobody is completely happy and away from sadness. Be considerate for emotions of everyone around you especially for your neighbours as they are the first people who run for you in tough times.